Noted Financial founder and chief inspiration officer Sándor Lau began investing in US residential real estate in 2009 and has owned and managed properties in Oregon, California, Missouri, and Michigan. By 2013 he’d learned that being a loanlord beats being a landlord. Sándor found his niche investing in defaulted second mortgages at discounts and finding creative and affordable ways for homeowners to address their delinquent debt while creating notable returns on investment.

Now, Sándor is a frequent speaker at conferences (like The Paper Source Note Symposium and IMN), educating investors on how to be the bank and why second mortgages come first. He is also a contributor to the Paper Source Journal and manages a portfolio of mortgages nationwide.

Investing in non-performing mortgage loans at discounts is like investing in stock options with asymmetric risk. We have the leveraged opportunity to participate in the benefits of real estate (appreciation, income, tax savings, principal pay down), with only a small exposure to downside risks.

Watch Sándor’s investing videos on YouTube. When he’s not managing the portfolio and team, Sándor spends his time writing, making videos, or adventuring in the great outdoors.

Sándor is also an award-winning writer and filmmaker. He walked 300 miles across New Zealand to make his documentary film, Sándor’s New Zealand Trail. Sándor is an Eagle Scout and Fulbright Scholar. His next life goal is to walk the entire Sándor’s Oregon Trail from Missouri to Oregon and make a TV series and book about it. For more on his creative endeavors, visit SandorLau.com. 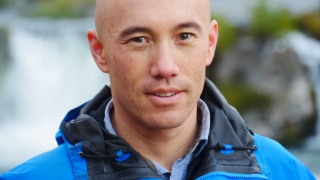